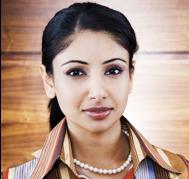 “Kool is THE cool place to work for new grads in IT.”

Kool is a 200-person software company making middleware. It’s made the jump from start-up but still has immature systems. Two years ago they opened a development arm in India. Now that they are not dealing with just early adopters, upper management is beginning to realize they need to improve their user documentation, which they have been outsourcing to a local technical writing firm. Sudha is ambitious and wants to prove that she should get the manager position as a permanent move and not just until they hire someone else.