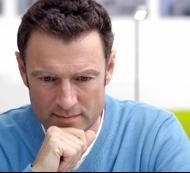 ” We need to think of the preparation of products for markets outside the U.S. the way we would think of setting up a new manufacturing process or line.”

Maarten’s boss, the VP of European operations, is afraid the additional translations will add too much to the cost of the product, and mean that he needs to either inventory multiple configurations of the product or invest in potentially expensive new packaging. He tasks Maarten with finding ways to reduce the cost of translations.

Maarten wants the writers of the English source to reduce the size of the manuals and quit making unnecessary stylistic changes, but they report up through a different management chain in R&D, whereas Maarten reports through European operations.

Scenario of Use: Maarten van Gelten